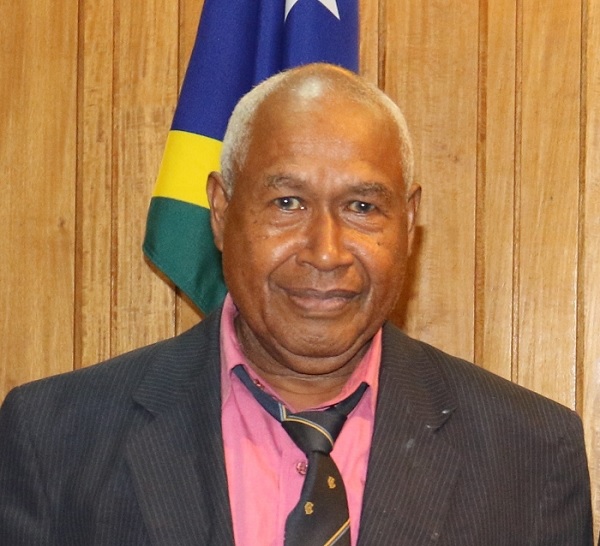 (TCSI): Rural residents and businesses in Makira and Choiseul Provinces are expected to soon have access to more reliable internet services.

This comes after ten new 3G capable mobile towers were installed in the provinces, five in Makira and five in Choiseul.

The rollout is part of Our Telekom’s network coverage expansion to the provinces under its Second Business Transformation Project.

Through the project, the local telecommunication giant is seeking to give rural residents access to improved internet and mobile telephony services through various upgrades and installations.

Mr. Szetu also revealed during the interview that his company was installing 2nd Carrier links to its 3G sites in Auki, the Western Province and Honiara to bolster capacity handling and meet increasing user demand.

In a separate interview, Bmobile’s Technical Manager Arvind Autar revealed that his company was also improving its 3G service through the introduction of a UMTS 900Mhz frequency.

Mr. Autar said this strategy was aimed at improving his company’s reach and penetration into the country’s more remote areas.

The change from Bmobile’s previous UMTS 2100Mhz frequency for its 3G service is touted to give subscribers better service through improved penetration.

UMTS is based on the Global System for Mobile (GSM) communication standard. The 900Mhz frequency is said to offer better 3G coverage and penetration, especially in rural areas.

Our Telekom’s push for 3G dominance began in 2017. In that year, Telekom launched one of its most ambitious exercises, known as the Second Business Transformation Project.

The project’s aim was to upgrade all its rural 2G systems to a more modern 3G system. The main benefit then was improved mobile internet access.

Network towers in Malaita and the Western Province were the first to be upgraded under the transformation project followed by Guadalcanal.

In 2020, the company began installations on ten new 3G towers in Makira and Choiseul provinces under a second phase of the same project.

All ten towers are expected to be online by February 2021 after which the telecommunications company is expected to turn its attention to Isabel Province.

Telekom and Bmobile’s recent 3G push into the more remote areas of Solomon Islands came after the launching of the Coral Sea submarine fiber optic cable in February this year.

The greater internet bandwidth and speeds offered by the cable spurred both telcos to upgrade their infrastructure to meet the country’s rising demand for data and high-speed internet access.

Our Telekom’s 3G upgrades in Makira has been praised by the province’s premier Julian Maka’a in an interview with Solomon Times Online.

Premier Maka’a said he was grateful to the Our Telekom, landowners and the national Government for making his province’s aspirations for better mobile and internet services possible.

“The 3G towers are located in the northwestern to northern part of the Province. From Ubuna, ward 7, west Arosi, west Makira; Ulawa, at Sumoli ward 1; Su'usu'u, near Tawarodo on Ugi Island ward 4; Huro and Arohane in ward 10 of Central Makira; Huro is above the Mamaloni Town where Kira Kira Town will extend to this year and beyond”, Maka’a told Solomon Times Online.

This means the 3G network’s coverage will include the province’s islands of the Makira, Ulawa and Ugi.

Prior to the installations, rural dwellers in the country’s eastern province had to walk long distances to access mobile phone and internet services.

But with the new infrastructure being built, around 100 villages will be able to access the service.

Meanwhile, both Bmobile and Our Telekom are also expanding their all-internet protocol based 4G+ LTE networks to the provinces with installations in the Western and Malaita Provinces.

Our Telekom was the first to go 4G+ LTE live in the townships of Noro, Gizo and Munda in the Western Province in December 2020, offering access to the mobile broadband service.

Satellite solutions provider SatSol is also expected to roll out its fixed location 4G+ LTE service in both provinces in the near future.

According to SatSol’s Head of Sales and Marketing, Malcolm Kuper, his company’s 4G rollout in Noro and Auki are underway with anticipated launch dates expected soon.

However, Mr. Kuper said unlike Telekom and Bmobile, SatSol’s 4G service will only be available at the provincial locations through fixed home and business connections.

Another difference in SatSol’s 4G service is that it uses a backend setup that is different from the one used by Telekom and Bmobile, implying more diversity in terms of better security and performance.

All three service providers have been offering the broadband service to their subscribers in Honiara for some years and all have been eyeing expansion to the provinces for some time.